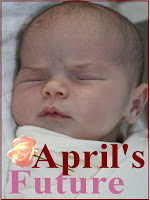 This last January a baby girl was born. Her parents named her April and hope mightily that the world she grows to know will be one of hope and prosperity. We can make it so for her and all our children.

That matters to me very personally because little April is my first grand daughter. Her mother looked just like her and worrying about April's future causes fractures in my heart. The world today is growing very personal, we are all frightened. As the meltdown continues we look into the eyes of our children and cannot help be that. And yet along with we are losing come gifts of enormous potential. Take a deep breath and keep reading.

America faces a challenge, one that has been rolling in like a tsunami for generations, unremarked because we accepted and trusted too easily.

The election of Barack Obama to the office of president provided momentary hope that is now fading as a night mist when sunlight breaks through to Earth. The integrity, good intentions, and decency of the new president have nothing to do with what is now hitting America. The flawed foundations on which we built our lives can no longer be supported by illusion. We believed a vision for America that disconnected us from our own substance and power. We believed tate power was elsewhere when it is in our own hands.

That illusion of America turned us from the values that made America truly great. We possess a heritage unique in human history. Our founding documents were written so that we could govern ourselves, not be governed. Small towns, communities of people who accept and embrace their power, learning how to use cooperation and persuasion instead of politics are the foundation on which America stood in 1775.

The vision of a mighty America striding across the world bringing peace and justice was fantasy. The reality is not flags waving in the breeze and hands on hearts pledging fealty to a piece of cloth but something far more profound. Americans must come together, doing what is necessary for ourselves, using the skills, values and knowledge that makes effective action possible.

We face problems. But this one is the most important. We must do it ourselves while understanding the heritage of individual power that made America possible.

Russia faced this in the 80s without the wealth of tools we have to draw from here in America. It is not military might that made America great. It was its people, communities that came together as those colonials who fought for their freedom with their own hands, hearts and will. What was so can be again. Coming together in community across the lines that divide is itself a healing. Our ability to trust in our values has been destroyed, kicked out from under us. We forgot about honesty, quietly doing right, the integrity of work done well. We accepted instead the excitement of greed and possessions. We allowed the values that matter to be disparaged and refuted by those who govern and the corporations for which they work. We accepted lies for truth and greed as good. In so doing we passively allowed the theft of all that matters.

Because of this we face what seem to be insuperable problems but those problems are also a gift. We were lost, wandering in a world without knowing the risks we faced. Now we do. Our challenge is to come together, heal ourselves, and demonstrate the God given power of love and community. A Man who lived two thousands years ago would tell you this is true. If you listen you can hear Him speak to you today. When you do the right thing security and prosperity will follow.

Americans who trusted went to Iraq for freedom and were ordered to take actions that violated their core values. Most were young and vulnerable. Girls went clutching their teddy bears. Young men went who barely needed to shave. They are returning to us traumatized, and unable to function normally. The rate of suicide is increasing with many becoming rapidly homeless. They are our children and they need us.

We trusted too far. We were told to have faith in people who were picking our pockets and canceling the Constitution. By their actions we can identify them, ensuring that accountability is exacted. We must relearn discernment as the essential precondition to action and values. Returning to community means caring for each other, beginning with those treated as disposable.

The only effective treatment for Post Traumatic Stress Disorder begins with community and with the values that stand as a firm foundation for right and wrong, honor and decency. After idling and wasting money on drugs the authorities now admit this.

Over the last 200 years Americans have not been idle. We have built an infrastructure that can take action in every community and the tools needed to enact the needed changes. From every point on the political and spiritual spectrum the answers have come. Marshall Rosenberg originated Non-Violent Communication. In the fifties a group of individuals wrote the 12 step programs. These have enabled hundreds of thousands to reestablish themselves as happy and productive people. The effective tools are there to be used, the gift of those whose creativity was focused on providing them for all of us.

We add to this the thousands of ways now entirely available, by which we can live sustainably, lowering our need for money and leaving more time for those things that nourish our spirits. These things are the basis of the America we will leave our children.

For me, when I think about that future I see a young woman named April growing up fulfilling the full range of her potential. That future will have healed the wrongs done to all of us, women and men together. She will understand physics, see the glories of nature in all of their complexities, find a future that brings her joy. I hope she also knows the deep happiness of holding a child in her arms to love and mother. She will do that from a neighborhood that is secure, part of a community that understands real freedom.

From our churches, from organizations that work locally the healing can flow like a cleansing balm, bringing renewal. Let this be the beginning. Doing it ourselves, from the heart and from community is our salvation. If you want to help go to Partnering for Peace and Prosperity.

Posted by Melinda Pillsbury-Foster at 4:33 PM No comments: