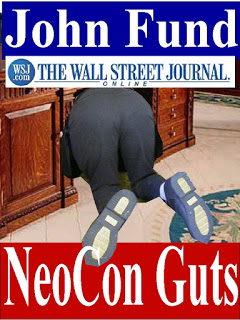 Cast your minds back to the primary season of 2000.  John McCain had begun a ground swell in the Granite State with a campaign that allowed American voters to contrast a real war hero willing to meet your eye and listen.  No matter what, McCain took no crap from anyone, especially a service-dodger like George W. Bush, the Son of Monied Oil.

McCain is not a man without faults, but a lack of courage is not among them.

Senator McCain was cleaning the floor with the Bush Baby when suddenly a rumor started to float across the panorama of politics covertly maligning the former POW.
John McCain, the rumor says, has an illegitimate love child who is half black.  His campaign screeches to a halt; the rumor, coming at a critical time, causes irreparable damage to his campaign, hitting him at the ballot box like a nuclear explosion.
There was no truth to the rumor.  McCain and his wife have an adopted child who is of mixed heritage but neither of them is biologically related to the child they took into their home and hearts.
Now that we know and understand the tactics employed by the NeoCons we can make some very educated judgments about where the rumor originated.  It has the marks of a Rove generated creative writing project.  The  rumor was circulated by Political Operative Prime for the Bushavicks, John Fund.  Placing such rumors is one of his most important functions for Bush and Associates.
Just as the rumor was washing away the Senator's chances for the nomination McCain discovered the identity of the man responsible.  At that moment in time John McCain was in New York.
Not a man to leave to others what a real man does for himself, the Senator stormed into the officers of the Wall Street Journal to confront the pestilential little NeoCon prick who had demeaned his honor and his family.
John Fund, a non-veteran of anything but the war on Americans being waged so openly now by the Bush Administration, showed all of the courage you could expect of someone like him.  Hearing the roars from the reception area he scampered into his office and hid under his desk.
Remember that.  This is an insight that serves to inform us on the nature of those in charge of our Nation's destiny.   It is very likely Bush Jr.  would have beaten John to the hidey hole, if it had been him.

John Fund is a distinguished recipient of the Brown Badge of Courage.  The award ceremony took place in the Wall Street Journal Men's Room soon after his close  encounter with war hero, John McCain, memorialized above.

Posted by Melinda Pillsbury-Foster at 3:30 AM No comments: Links to this post