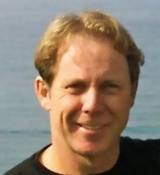 The Purse refers to the exchanges of commerce. Americans must have sound money. The Sword refers to the right of all people to organize in defense of their homes and communities.
Walter is the founder of two organizations. The first is Committees of Safety, which reclaim these two vital powers. The second is the Sovereign State Depository, which Stan Crouch learned of in December, 2010 less than two months before Rand McNeil laid false reports against Walter, his neighbor for over 25 years.
Rand McNeil owns extensive real estate holdings. McNeil's ex-wife's family name is Goelet. McNeil told Walter her family owns the majority share in JP Morgan-Chase and have been majority stock holders, going back to the corn exchange and chemical bank. But, he confided in Walter years ago, you won't see their name very often because they take care it not appear in public.
McNeil owned an airport in Vermont before he retired. How, he indulges his interest in sailing. Rand grew up on the Gold Coast and his grandfather was a partner of John D. Rockefeller's in Standard Oil.
Rand's job, while he worked, was to do research on land titles to find property which was not claimed so he could claim it for himself, according to what he told Walter. While they have been neighbors for 15 years the two men have known each other for 25 years.
The meeting at H. J. Sims Company, Inc. took place December, 2010. Around February 1, 2011 Rand McNeil dropped by to see his old friend, Walter, and asked for advise on buying a shotgun for protection. It was the first time in 25 years the subject was raised. The area where their homes are located is remote from town.
Walter, had two legally owned firearms, one an antique revolver, and the other a 12 gauge shot gun, kept locked in a case. Rand asked to see the shotgun. Walter took him upstairs, to the case where it was kept. Taking it out of the case, Walter unloaded it, a normal procedure, and handed it to Rand, who examined it as Walter and he discussed the problem with home invasion by violent criminals, which are happening more frequently across the country. Rand handed the gun back, Walter replaced it in its case. The whole examination took around 10 minutes.
Walter has not fired the shotgun in 15 years. But he understands legally it is his responsibility to defend himself, as it is for all Americans. This is why he bought the shotgun originally, as do many people who live in remote areas. If the police fail to protect citizens they are not responsible because this duty belongs legally, first and foremost, to individual Americans. This principle has been upheld over and over again in court.
The day after asking Walter for advice on owning a shotgun Rand called and gave Walter a warning. “Walter, if you don't stop what you are doing, I'm warning you, you are going to be sorry.” He repeated himself several times, according to Reddy. The warning was explicitly about providing the states with the means to transact business using gold and silver.
The words of Stan and Victor resonate with those uttered by Rand. The three men share a common brotherhood in banking, investing, and and life-style.
On February 8th Rand McNeil went to the police to make his report mentioned earlier. He falsely accused Walter of brandishing his shot gun in his bedroom and making threats against the police and the the banks. Walter is now disarmed and unable to defend himself from the next swat team they send. Knowing that has only increased Walter's determination to ensure Americans their power of Purse and Sword.
Please keep him in your prayers and visit his websites. Our next article on Walter will go into a program now being organized to help veterans come all the way back from war to peace.
Posted by Melinda Pillsbury-Foster at 4:42 PM No comments:

Standing up for Real Free Markets 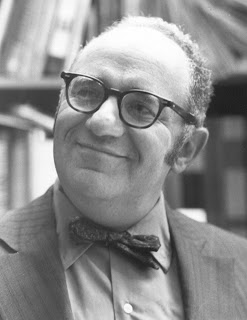 This will be 'some weekend.'
From April 8th to 11th a conference will take place at the historic Mount Washington Hotel in Bretton Woods, New Hampshire. Mount Washington was the site of the infamous 1944 event which launched the horrors which, we now realize, consumed every shred of wealth in the hands of the 'lowest 90% or so of the population. None of us, the lowest 90%, were invited to attend, of course.

Bretton Woods is the name of the 1944 conference which launched the World Bank, establishing a 'new post-war global economic architecture.' Today it is clear the event was not post war, but intended to plan out the covert war to be carried out on us.

Instead of just writing it off we should be thinking restitution.

The planners for this Conference are using the title, “Crisis and Renewal: International Political Economy at the Crossroads.” The event will host over 200 of the same kind of 'experts in economics and related fields' who were present at the last event to discuss “global reconstruction in the wake of the 2008 Financial Crisis.”
They freely admit their last effort had a few glitches, magnanimous of them.

Their Mission Statement burbles with excitement, conveying this choice rhetoric, “The Institute for New Economic Thinking’s mission is to nurture a global community of next-generation economic leaders, to provoke new economic thinking, and to inspire the economics profession to engage the challenges of the 21st century.”

The site goes on to promise hefty Grants, “INET awards individual grants in two cycles each year to individuals or teams proposing research in new economic thinking. Grants allow the in-depth examination of an issue or development of a concept, and at grant averaging $25,000-$250,000. In many cases INET funds projects that would not generally be funded through conventional academic funding channels.” The promise of 'funding' makes the cheery enthusiasm very understandable, on their parts.

Also funded, for their delectation, will be Task Forces, for those troublesome 'critical issues requiring in-depth research.'  This is the equivalent of being paid to raid small villages for plunder, given past performances. Those shiny young economists, eager for largess and honors, should probably approach us with caution.

Conferences, such as this weekend's event at Bretton Woods, will also take place, giving them time to feel important and decide on the rationalizations for policy justifying continued manipulation of the next form of faux money, for which they enforce a monopoly. Videos will be available. Let's hope those appear on You Tube so we can anticipate their future moves.

Their Partnerships, with leading 'thought centers,' those universities, think-tanks and other research-oriented institutions, also stir excitement in their ranks. This is where these self-gratifying fellows hide from the harsh realities of the cause and effect with which we are now so familiar. These will also be generously funded.
Naturally, there is no thought of asking us what we thought about their morals, ethics, and competence or if we would permit them to diddle with the economy – again.

Generally, when you discover the highly paid professional caused the disaster which reduced your world to rubble a process of rational choice would indicate you fire him. Given the damage done, many among us would prefer these fellows change their professions to something for which they are qualified.

None of us asked them to meet, of course. It was the bright idea of George Soros, who, like a serial rapist, wants another go at the victim. The 'business plan' these folks enabled pumped nearly all of the wealth produced by humanity into the pockets of the 23 men who pay the salaries of these 'economists,' one way or another. So, while it makes sense these fellows eagerly anticipate the years to come for the 'challenge' it will present for inventing a 'new economy' it makes little or no sense for us to put up with them.

Please note this point. No free market economists have been invited to either attend or speak. With the exclusivity, or exclusionary impulses, usual to their kind the Bretton Woods Cabal have limited speakerships to 'post Keynsians,' and 'Chicago School,' savants, though they burble on breathlessly about the number of Nobel Prizes snagged for the event, three.

What would a Free Market economist say about what is happening this weekend? Fortuitously, Mr. Free Market, Murray Rothbard, left this comment regarding a new 'Bretton Woods.' The whole article is here.
Murray's prediction was, “The conservative Keynesians have long desired a new Bretton Woods, based eventually on a new world paper unit issued by a World Central Bank. Hence the new alliance. The alliance was made politically possible by the disappearance from the Reagan Administration of the Friedmanite monetarists, such as former Undersecretary of Treasury for Monetary Policy Beryl W. Sprinkel and Jerry Jordan, spokesmen for fluctuating exchange rates. With monetarism discredited by the repeated failures of their monetary predictions over the last several years, the route was cleared for a new international, fixed-rates system.

Unfortunately, the only thing worse than fluctuating exchange rates is fixed exchange rates based on fiat money and international coordination. Before rates were allowed to fluctuate, and after the end of Bretton Woods, the U.S. government tried such an order, in the international Smithsonian Agreement of December 1971. President Nixon hailed this agreement as "the greatest monetary agreement in the history of the world." This exercise in international coordination lasted no more than a year and a half, foundering on monetary crises brought about by Gresham's Law from overvaluation of the dollar.

How long will it take this new, New Order, along with its puerile secret index, to collapse as well?”

And now we know how long it took. Thanks Murray!
Despite the nauseating impact of the rhetoric and videos you will encounter it would be wise to view this one video on why small government is a mistake.

It is probably time someone told them we are not interested in their ideas about money and finance. Murray Rothbard, who died in 1995, is a better economist than the Bretton Woods crowd are breathing.
Gold, silver and lead will serve us far better than the faux fiat fantasies they will spin the the woods, though for the foreseeable future, our exchange will most likely be based in those mundane commodities, carrots, potatoes, and chicken eggs, and the occasional kumquat or avocado. Let us go local and remember the lessons of Murray.

Plan to be in Bretton Woods this weekend! Bring your camera, and ask Anonymous to take names and provide requisite information on attendees. Let the accountability begin.

Visit IntegrityCommons.com for articles encouraging the Left – Right Merger for Freedom.
Posted by Melinda Pillsbury-Foster at 8:50 PM No comments: