Howie Rich and Ed Crane: Their antics in South Carolina 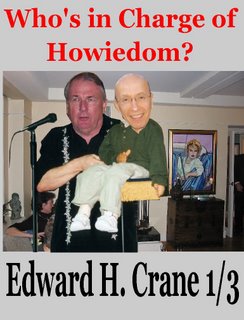 The Moultrie Law Suit and Campaign

Link in photo: Buy the Tee-shirt and mug at our Cafe Press Store!

On October 25st Timothy Moultrie, a candidate for Superintendent of Education for South Carolina, filed a law suit which should disqualify from the ballot the candidates for office presented by both the Republicans and Democrats. Moultrie is a Libertarian.

On Monday, November 6th, the Republican and Democratic parties of North Carolina were compelled to appear in court and respond to their assertion that they are not obligated to follow the law which binds the actions of all other political parties. This step brings the suit closer to the trial which will come soon.

If the Moultrie suit prevails none of the Republican or Democratic candidates elected today, Tuesday, November 7th, will be sworn in and take office.

To the casual onlooker it might appear that this is a grandstanding move taking place at the last minute. That would be inaccurate. The small group that filed the suit have carefully and methodically tried in every way since last March to get both the Republican and Democratic parties to follow the law. At each turn the relief they requested was refused and the law again ignored.

Except for the bland assertion that they are excused from adhering to the law neither major political party has acted to show it respects the law made by Republicans and Democrats.

Moultrie and the other proponents do not seek compensation, only compliance with the statutes which are routinely applied to them.

The suit goes on to ask for relief, ”Plaintiffs pray for the court to mandate the defendants to fully enforce the decertification provisions of Section 7-9-10 by issuing its order requiring both the defendants to again review the law, and to report to the court on a joint plan to give proper notice to non-compliant political parties, notice of the Election Commission's intention to decertify certain organizations, and a time frame for the correction of obvious deficiencies prior to the decertification process.”

Decertification of candidates now on the ballot could render those elections invalid and its officials and legislators elect unseated. It would also open up the question of past elections and candidates who were not legally elected and present the complex problems of legislation passed by those who could not legally decide.

South Carolina has long been subject to corruption in government and the entrenched establishment there has long been a friendly environment for those who seek to use government to achieve their own ends. Timothy Moultrie, a long time South Carolinian and a school teacher who has been worried over the educational opportunities offered to young South Carolinians for many years ran this year to promote his proposal for improving those educational opportunities.

His proposal is a tuition voucher that follows the student in the among of $10,000.00 for each student. His proposal would take control from the state government ,which uses the money as a political football and give it to parents who could then choose for their children better alternatives. Moultrie has spoken and promoted his proposal across the state and received favorable responses from teachers and parents alike. His proposals are to the point and well documented.

But there are those who oppose his plan and his candidacy and, surprisingly, a group of these are themselves self identified Libertarians.

Howie Rich and his wife, Andrea Millen Rich, live in a high rise in New York City. Rich, along with Andrea a long time adherent of the philosophy of Ayn Rand, became a millionaire through investments in low end apartment buildings in New York. He is the son of an egg salesman from Brooklyn. His wife is from Johnson City, Tennessee and the couple met during the formation of the Libertarian Party there in the early 1970s. From there they, along with Ed Crane of Cato and a cadre of other associates many of whom they have known for over 30 years, seen to have made it their business to funding and run Initiatives in states where they are not resident and now have begun to fund candidacies in those states as well. The astroturf organizations they start follow the same model of their activism while they were working withing the Libertarian Party, hostility to local organizing and control by anyone but themselves.

The group refuses to answer questions on where the millions of dollars that flood into states originate but it appears that much of the money comes from the same large oil company who funds Cato Institute, Koch Industries.

The Republican candidate for Superintendent of Education in South Carolina, Karen Floyd, had received massive contributions and support from Howie Rich and his friends.

Moultrie noted that South Carolina has had problems with carpet baggers since Reconstruction and they always come with their own agenda and not for the benefit of South Carolina and its people.

Howie and his friends left the Libertarian Party in 1983 because the LP did not nominate their candidate, Earl Ravenal, for president at that convention, held in New York City. Crane, elected as National Chairman of the LP at the Dallas Convention in 1974, had exerted nearly complete control of the LP after the end of the 1976 Presidential campaign by Roger MacBride, who was a supporter of local organizing.

Hart Williams, the blogger who outed the Howie group in his long and detailed articles over the last four months noted that history of the group and the fact that this covert behavior seems to be taking place using money from undisclosed sources from Maine to California. It has been a significant factor in the 2006 elections with its support of Republican candidates and initiatives that simulate local action but include riders that profoundly impact communities in ways the people who live there do not see in advance.

Hart Williams was interviewed on his investigative work by PBS on its show, NOW earlier this summer. The Williams blog published a segment that included the techniques used in South Carolina on Sunday and the long article includes this quote along with a vast amount of other material on how the election there was impacted.

“Fast forward to present-day South Carolina. The South Carolina coverage has, naturally focused on the "school choice" aspects of the campaign. But they've also noticed that Howard Rich has been flooding the races with maximum contributions through a DIFFERENT bewildering variety of pseudonymous companies, corporations, and Limited Liability Companies (LLC's).” The question on the legality of using such a plethora of different entities to avoid laws limiting funding donations has yet to be answered.

Timothy Moultrie expressed surprise that any one who called themselves a libertarian would be involved in such a deceitful practice. Those long time Libertarians who have known Howie Rich and Ed Crane for many years were not surprised. In any event, Moultrie said he will continue his battle for the children of South Carolina as he entered the voting booth today. The people, he believes, need to take back their government and ensure that it does their will and does not continue to reduce them to the status of peons, peasants, and serfs.

As Americans brace themselves for the aftermath of today's election the issues raised in South Carolina, issues that clash so resoundingly with the original vision of American government as the tool of the people, will be much on our minds.

Posted by Melinda Pillsbury-Foster at 7:50 PM