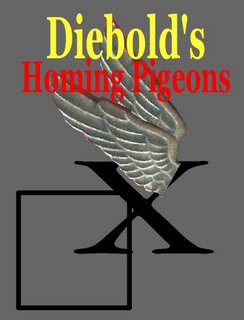 Mrs. Marilyn B. Blankenship noticed what a lovely day it was as she went into vote early at the Renner-Frankford Branch Dallas Public Library at 6400 Frankford Rd. two blocks from her home in Collin County, Texas near Dallas. Mr. Arthur Edwards, the widower of her oldest friend from the 4th grade, accompanied her on the short ride to the Library; he waited in the car for her to finish her brief civic obligation. A native Texan, Mrs. Blankenship appreciated the mild autumn weather. Growing up in Texas, the daughter of two strong parents, had left its mark on her. She had learned self discipline from both of them, along with a strong sense of honesty.

Exercising her civic obligations was something Mrs. Blankenship took very seriously as a Texan and as an American.

After finishing college she had begun teaching school in 1952. Over her career as an educator she had watched the school system of Texas change in troubling ways. Children, she believed, need not just information, they need to acquire inquiring minds so they can think for themselves.

Mrs. Blankenship went into the familiar interior of the Library and picked up her ballot. A long time Republican this time she was determined to vote for change. Taking her ballot she went into the voting booth and inserted her card into the Diebold Voting Machine. Diebold is a local company in Texas; one of their facilities was just down the street.

When she voted for the first couple of candidates the 'X” showed up just where she wanted it. This time she had decided not to vote for any Republicans, even those she had supported in the past. She came to the list of judges. Judges are a partisan position in Texas. Mrs. Blankenship looked at her notes. She had decided that this time her vote would go to the Libertarian candidates and one or two Democrats of whom she approved. One by one she tried to vote for her choice. Each time the machine, moved the vote to the Republican candidate. Mrs. Blankenship exclaimed in exasperation, leaving the booth to complain to one of the several ladies who was working at the polling place. One of the workers came and watched as again the machines changed her votes.

Shaking with distress Mrs. Blankenship left the Library. She could not be sure if her votes had been counted as she wanted. Now she did not notice the nice weather. Mr. Edwards could see she was upset and asked her what had happened; he advised her to call the F. B. I.

Mrs. Blankenship believes in standing up for the right thing. During the Monica Lewinsky scandal she had gone to the Library and copied down the names and addresses of 100 individuals in Congress who she hoped would vote to censure President Clinton for his deceitful behavior in lying to the American people. A trickle of responses has come back to her, mostly advising her to limit her complaints to her own representatives.

Stealing an election – and her own vote - struck her as far more serious than the misbehavior of Bill Clinton.

Mrs. Blankenship's concerns over the moral character and the intentions of those in power had been growing over the decades. She had watched as the quality of education offered to the children she taught had become truncated, the focus moving away from the core of essential literacy and understanding of civics and history to a candy coated curriculum that neither prepared the students for real life or established a life time love of learning. It was not a partisan issue, it went much deeper. The advent of Governor Bush has only accelerated the deterioration of the education offered to the children of Texas. Where would it end? Didn't they want the children to know anything? The question lingered in her mind, worrying her.

And now she was filled with a sense of violation. Did they expect that she would just walk out of the polling place and do nothing? Mrs. Blankenship opened the door of her home, sat down at her desk and began to write letters.

I am contacting in writing the Election Bureau of Collin County to continue the paper trail I have created concerning the voting irregularity I experienced on October 23, at 11:45 a. m. at Precinct 74 located at the Renner-Frankford Library in Dallas, Collin County. I filed a complaint by telephone on the day of the irregularity with Jan Lay in McKinney. She suggested I write to my federal representatives who passed the law requiring voting machines to be used which I have done. I have also talked by telephone with the Secretary of State’s office and sent a summary letter along with a copy of my letter to the elected federal persons representing me to Austin.

You will note that I am enclosing two articles of national concern that the Diebold voting machine which I used is not secure. Why are officials dragging their feet on making the computers create a paper trail so that voters like me can be sure that their votes were not stolen by a machine? There is proof that problems in Texas have occurred where votes were added that were never cast and other examples where votes have been credited to candidates not chosen.

The machine I was using recorded a vote for a Republican three times instead of the Libertarian I chose in three cases for individuals.listed in succession on the screen. I was so shocked I spoke out-loud that the machine was not recording my votes, but giving my votes to a candidate I did not choose. I had to make three corrections in successive order to correct these three errors. I was even more shocked when the summary appeared. I saw that Perry, Dewhurst and Combs were being credited with votes I DID NOT CAST FOR ANY OF THEM! I am positive who I chose for those offices and Chris Bell was being denied the vote I cast. These three errors in the summary were corrected by me before the ballot was submitted and my card withdrawn. I will forever believe that the machine I was using was rigged to switch votes to Republicans.

Collin County is known to be a Republican strong-hold , but I do not vote for a party. I vote for each individual candidate. If there is no opposition candidate and I do not want the lone candidate, I do not cast a vote at all in that category. I choose the candidates I support as an independent person who uses my vote as the Constitution intended it to be used. I have been voting regularly since 1952 when I cast my first votes in the presidential election.

Please take seriously my complaint about voting on a rigged Diebold machine and please do not pass this off as a glitch in the machine I was using. I do not think a glitch caused what I experienced in early voting October 23, 2006. I consider the errors as fraud on the part of someone who tampered with the computer in that machine.

Posted by Melinda Pillsbury-Foster at 10:46 PM

Thank you for your informative discussion of this issue!

I'm trying to reach Marilyn and have lost her number. If you have her email address, please contact her for me and have her call Gina. I need to contact her about a RP meeting. Thanks!

Sure. Who are you so I can be in touch? Melinda