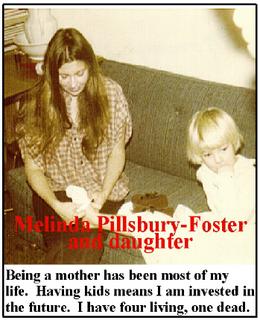 A Republican Woman Speaks out

Posted by Melinda Pillsbury-Foster at 10:55 AM

Just read your OnLine Journal post -- Climbing off the real estate grid and also found your blog. Thought you would like to know that we are two grandmothers who are currently building our own house out of recycled materials. We made a website with photos of our project at www.builtfromtrash.com.

Someday (when we are not so busy building) we are going to make the site more political and also open up the house for tours.

Our goal is to show that even a couple of middle-aged women can make their own house for lttle money while at the same time helping the environment.

Its not for everyone -- but soon, people may not have much of a choice!

Just saw your article about your daughter's experience with running for office in school. Very nice.

A little over a month ago, I started a new website entitled The Nolan Chart. Its purpose is to bring libertarians, conservatives, liberals, statists, and centrists all under one roof to publish their own columns about issues of the day. The idea is that if we libertarians want to be taken seriously by the media, we must become the media.

I'm writing to you today to invite you to become a columnist at our website. Just visit www.nolanchart.com and click the Be A Columnist link to get started. It's free, and it's a great way to expand your readership.

Our site was just picked up by Google News, and it is now collecting an average of 80-100 unique visitors each day. Not bad for a one month old site. We're doing all kinds of guerrilla marketing to get the site noticed by more and more people, so an investment of your time in writing at our site will definitely be worthwhile.

I hope I see you sometime soon at our website as a columnist!