Truth: You need it to survive meltdown 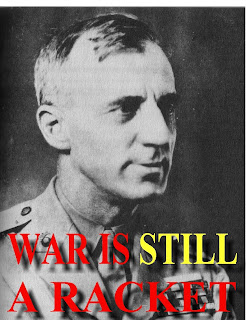 War is a Racket by Major General, Smedley Butler

This book is essential to your survival.

As the world melts down around us we look for answers. The media provides only spin. This book, by a man dead since 1940, provides to you the through line of action. Read it. It is free online. The first chapter delivers a message Americans need to understand. This message needs to sink in past the patriotic fervor and spin that sends our sons and daughters into ugly death and destroys other people, for the profit of corporations, around the world.

The real explanation for war and the devastation we face today here in America is written in the ugliness of greed and the ability of the greedy to persuade by the use of disinformation, stealth, and by using our own love of country against us.

War Is A Racket

WAR is a racket. It always has been.

A racket is best described, I believe, as something that is not what it seems to the majority of the people. Only a small "inside" group knows what it is about. It is conducted for the benefit of the very few, at the expense of the very many. Out of war a few people make huge fortunes.

In the World War [I] a mere handful garnered the profits of the conflict. At least 21,000 new millionaires and billionaires were made in the United States during the World War. That many admitted their huge blood gains in their income tax returns. How many other war millionaires falsified their tax returns no one knows.

Out of war nations acquire additional territory, if they are victorious. They just take it. This newly acquired territory promptly is exploited by the few -- the selfsame few who wrung dollars out of blood in the war. The general public shoulders the bill.

And what is this bill?

For a great many years, as a soldier, I had a suspicion that war was a racket; not until I retired to civil life did I fully realize it. Now that I see the international war clouds gathering, as they are today, I must face it and speak out.”

Smedley Butler died in 1940. Many believe he was assassinated while in the hospital. Smedley Butler was the most popular military figure in America when he was asked to carry out a military junta on behalf of wealthy businessmen. The planned coup d’état failed because Butler exposed them. Variously known as the “Business Plot,” the “Plot Against FDR” and the “White House Putsch” took place in parallel with Hitler's move towards power in Germany.

Imagine a group of the corporate greedy, many of whom like the Bushes, have investments there, seized with the excitement of emulation. Greed begets more greed, as we have learned to our sorrow.

The corporates have not changed, but they have become more efficient, skilled and organized in planning their disinformation campaigns and in their abuse of power.

Today you see Newt Gingrich posturing . Standing with the woman he finally married, seeing their happy smiles remember the woman Newt abandoned to die of cancer, the mother of his children who made his career possible. They want to tell you how to be a Christian. Does this seem odd? Samuel Adams was not the last of the Puritans, those who saw the real vision of Christianity, the coming together as one people. Descendants of the Puritans brought you the Abolitionist Movement, the Suffrage Movement, and today continue to work for peace, justice and care of the Earth. I know, my family was there, not selling supplies to the British.

The list of those employed by the corporations to pull the wool over your eyes is long. How they spin the world into cotton candy by Monsanto to destroy your health, steal the power of the people, and convert our institutions into tools of oppression is both complex and simple. But once you see it, you are immunized against their lies.

Read this site before you consider having a vaccination. Think about the motives and methods of those who would force you to comply.

Read the book, visit the links, your survival depends on it.

Survival Values - And a cheer for Joe Wilson! 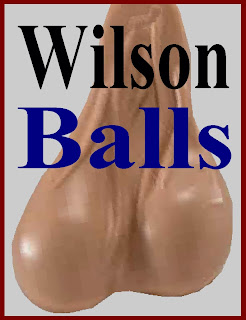 Get the Tee shirt and show your own balls


Yesterday in the grocery store the checker commented on having sold her cell phone. She had to. She could not afford the monthly expense and the phone itself had cost her $250.00. She sold it for $210.00 to a friend with a better paying job, at least for now. The checker, Emily, had had it for 3 weeks.

Tightening the belt is the theme of a rising consciousness around our nation. It is not all bad. The clerk, and many others, are beginning to focus in on what really matters.

Yesterday my email box was filled with comments about the coming address by President Obama to Congress about health care. Driving past the County medical facility I saw the many people waiting there. All looked Hispanic. I sighed. I was born in the middle of the 20th Century and I've had my fill of wars and taxes and tickets that never end. I'm tired of feeling trapped by government. Everyone I know feels pretty much the same.

The 20th Century was heady but it was more like a drug than reality.

Sex and power were the aphrodisiacs of the 20th Century. We were seduced by greed, consumed by needs that were seemingly without end. The high is fading now, leaving us with withdrawal pains and increased awareness.

Today as we face the meltdown of the American Empire we have the opportunity to consider what really matters, I know I am. I have grandchildren who are excited about starting school. I want a future for them.

As we peer into the unknown future we should take time to consider the rich potentials that still await us as well as the dangers we must confront without the familiar placebo of government as we knew it in the 20th Century.

Big government, top down structuring, did not work. We will of necessity return to local governance, low in cost and allowing the people to choose.

The concept of beta testing, produced by edge technology in the 20th Century, is one we need to take seriously right now. If a policy has not been beta tested DO NOT INSTALL!

Now, we need to consider what once worked for America as we face what more big government and corporations have in store for us and determine how to resist.

Local government, controlled directly by the people, works because the surveillance is built in and costs nothing. The eyes of the people should be enough, if government is local. When you have to sell your ideas to people who know you can't keep your own grass cut with your own lawn mower it cuts wanna be politicians down to size.

Ideas, especially ideas which reorient ownership of what once belonged to all of us, are dangerous. Someone should have put a warning label on Big Government.

Allowing anyone to patent DNA was dumb idea. Buying and selling water, the oceans, the air we breathe and the land which received our dead. These were dumb ideas. The Inventor made the Earth a Commons, thus negating anyone owning what is needed for us, and all life, to survive.

The number of Seniors now identifying as Democrat is dropping like lead balloons. All of us are worried. Last night a guy from South Carolina spoke out. It resonated. He was rude, rude, rude, and personally I loved it.

Last night no one could get on Joe Wilson's website. It was jammed. No one wants to be vaccinated so Big Pharm can improve its bottom line.

A big cheer for Joe, the rude guy with the balls. But the issue is larger than any one person – and smaller.

People, not profits, come first. It isn't 'stuff' that matters. It is the things that do not become obsolete. Ever.

The future will be about reinstalling values. Coming generations will refocus. As they do so individuals will connect with each other and the Earth of which we are a part. Not that it will be easy. We all know the months and years to come will be tough. But we shall overcome and we shall survive.

Thanks to Joe for a moment of spontaneous sanity. Go local and stay there.
Posted by Melinda Pillsbury-Foster at 8:00 PM 1 comment: