The CIA - Murdering the Truth 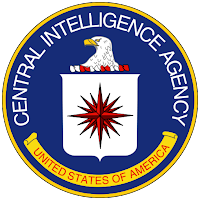 They did experiments on children in orphanages. Some never recovered. Most would be impacted all of their lives, haunted by fear and subject to the physical effects of what they endured. The same government agency drugged unsuspecting adults prepared only for a casual social evening,invited there expecting friendship. They ignored all standards of decent personal behavior, endangering and killing as it suited them. They cloaked themselves in the authority of government. Entrusted to spend billions with no accounting of the funds they showed no sign of conscience, no remorse.
The echo of voices filled with terror, now long dead and silenced, reverberate through the pages of, “A Terrible Mistake – The Murder of Frank Olson and the CIA's Secret Cold War Experiments,” as the dispassionate voice of author Hank Albarelli lifts the long hidden history of CIA experiments on unsuspecting Americans into the light of day.
The book, 900 pages, which hefts and reads like a Stephen King novel, leaves the reader uncomfortably aware they have been living a fantasy, now ending.
This is a book you need to read.
The story is framed around the death of Frank Olson, a bacteriologist who had been working for ten years at Camp Detrick at the time of his death. Explained as a suicide after he plunged ten stories from his room at the Statler Hotel in New York City on November 28, 1953 to die horribly, broken but still trying to speak, you learn through the meticulous detailing of events Olson was actually murdered by paid assassins working for the CIA because of remarks made about his work.
Olson wanted to leave his job. He wanted to become a dentist. The CIA made sure that could not happen.
Olson himself probably witnessed the drugging with LSD of an entire town in France. Pont-Saint-Esprit and it was likely his comments on the incident which eventually motivated the CIA to silence him.
Albarelli's search for the truth takes you on a tour through the horror house being built by the CIA in its search for weapons intended to provide seemingly limitless options for death, control, and destruction. In this pursuit a burgeoning proliferation of weapons which, in common, were used covertly in acts of war carried out in times of peace, were originated. These included biological weapons crafted to impact specific categories of individuals and may well have included the AIDS virus. Read Albarelli's article on the likely source of AIDS.
Author Alberelli continues to add to the story through his articles, the second now available at Truth Out and soon on Lone Star Iconoclast traces the lineage of another project born at Camp Detrick,
MK Ultra, MK Naomi, Artichoke. These have been labeled as the bizarre stories of conspiracy theorists. But they are programs which existed and what they produced is still with us. With these other lines of research proliferated from the founding of the CIA in 1947 on.
Each project focused on a form of control, ignoring both the rules then applied to war and human rights. No one knows how many billions in tax dollars were expended in this fashion. No one in Congress wanted to know, as if ignorance carried with it absolution.
Albarelli's book reports the widespread use of so many animals in experiments that a farm on the base was used to breed them while primates were shipped in wholesale from around the world.
Americans paid for these projects while also serving as Guinea pigs themselves.
A Terrible Mistake is meticulously researched and sourced. It leaves no doubt in your mind, even when you wish you could doubt.
If the horror were in the past Albarelli's book would be less frightening, perhaps. But as recent events have shown, the world is only now beginning to discover the end results of the experiments which, today, are also products in the hands of corporations which show, disturbingly, the same concern for human rights as the CIA.
As you close the cover of the book you will understand the world which awaits us and, the author hopes, be moved to action.
Posted by Melinda Pillsbury-Foster at 8:58 PM No comments: