The Octopus, Promis, and their offspring, molding the future of America 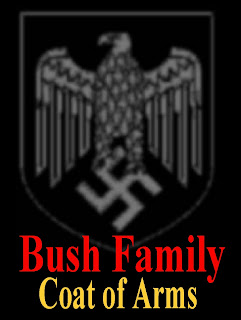 A Review of The Last Circle

Cheri Seymour lived the events in “The Last Circle,” not usual for a journalist. Her book, which extends and provides essential elements for understanding the murder of journalist, Danny Casolaro, the author of “The Octopus,” along with so many others, is frighteningly personal. Her life threatened, Seymour continued to dig for the facts after Danny was found dead in a Martinsburg, VA, hotel room on August 10, 1991. Seymour has spent over twenty years immersed in a world fractured by nightmares. Her experiences touch all of us, ripping the cover off events which, finally, reveal unsuspected connections between many events.

The question which continues to intrude throughout the book is why the DoJ would break the law in multiple ways to place additions to a software program known as PROMIS, spreading the program across the globe, to friends and enemies alike. Slowly, the motives come into focus, though Seymour allows you, the reader, to find this for yourself.

Many people know part of the larger story. Seymour's book provides the essential nexus for understanding.

Touching down on the visit of Her Majesty, Queen Elizabeth, to Yosemite in 1983, the book lays the ground for Seymour's entrance into the story. The Queen's visit, which brought 500 journalists to massive stands built at Inspiration Point to photograph the royal entourage, produced no news except for media reports of a collision taking the lives of three Secret Service, agents. The deaths were broadly reported as a tragic accident, the story falling off the front pages as rapidly as most accidents after the clean-up.

But for Cheri Seymour, formerly a small town journalist living in Mariposa, California, the event set in motion ripples which, in the fall of 1986, drew her into the miasma of corruptions which exist all around us, just out of sight around some corner of our individual perception. Cheri's awareness of the problems began with a note asking her to meet a sheriff's deputy at the Gold Coin Saloon after work. There, Cheri listened to a story of local corruption and the murder of Ron Van Meter, another sheriff's deputy, who refused to be silenced over corruption in his own department. The accident was caused by Rod Sinclair, a man with connections in high places who was addicted to drugs. A cover-up had begun immediately. Agreeing to investigate what Seymour thought was a matter of local corruption eventually lead to the shock of finding connections between drugs, the creation of the presidency of Ronald Reagan, the rise of the NeoCons, and the tentacles reaching out into the lives of both Americans and people around the world from places and people we thought we knew and could trust.

Why did Ronald Reagan leave show business in 1960, change his registration to Republican from Democrat and immediately seek to ingratiate himself to Conservatives, who he then betrayed, rebranding the meaning of the word entirely? What was the relationship between the agency which represented him, Music Corporation of America, MCA, those controlling government and organized crime? MCA had been scheduling talent into speakeasies run by notorious gangsters, such as Al Capone, since the 20s. Moving to Hollywood in 1939 along with Lew Wasserman, then an up and coming executive for MCA, the company began representing prominent stars, of which Reagan was only one.

It was Wasserman who would orchestrate Reagan's election as President of the Screen Actor's Guild and then, when Ronnie's acting career faltered, direct him as he entered a career in politics, ensuring Reagan's election to the governorship of California in 1966. Wasserman and his wife remained life long friends of President and Nancy Reagan.

At each turning of one of these “corners of perception,” the reader sees, instead of the comfortable, familiar outlines of trusted institutions and public figures, the stark reality underlying us, like a film set of Oz, built out over the lurking horrors of a Stephen King novel.

As the pages turn you find yourself becoming involved with Cheri as she continues to delve into the puzzle only to discover, not answers, but ever larger questions, which return to a software program linking each aspect of the whole. With her you meet individuals, such as Michael Riconosciuto, now incarcerated for drugs, who reportedly wrote the first augmentation of the Prosecutor's Management Information System, (PROMIS) software, which was the property of Inslaw, Inc. These added functions began the transformation which changed a legitimate computer program, intended to track court cases, into something very different.

The PROMIS system had worked well. The founders of Inslaw, Inc., William Anthony Hamilton and his wife, Nancy Burke Hamilton, on contract to the Department of Justice in the mid 70s, had been asked to build a follow on augmentation of the system by the DoJ when, abruptly, their once cordial relationship with the agency changed. Instead of making agreed on payments for their work the DoJ stole the extended program while manipulating events so as to drive the Hamilton's into bankruptcy. Theft by the DoJ included selling the augmented product, produced by Inslaw, to foreign powers. These acts, which caused ripples reaching to Congress raised concerns which continue today. Throughout the book we catch glimpses of what is happening and of the software as its uses extend in all directions.

As the book takes you through events, separated in time and context, the same individuals confront your attention. Investigations into the mob, local and high level corruption, are abruptly ended just as answers seem imminent. Decisions which contradict all the facts are rendered by judges. Each event weaves back to the functions provided by the PROMIS software. At each new round of action the question of what the DoJ is hiding, intrudes more forcefully along with the two further questions. How many augmentations were covertly done to the software? What action was taken when those, now dependent on the system, faced the need to replace it with newer technology?

The PROMIS software tracked people and transactions. By the late 90s it would necessarily have been badly dated and filled with back doors and security issues. A replacement would have to be far more sophisticated and reliably encrypted. This leads to the question implied in Seymour's book. “What software replaced PROMIS, who built it, and is the same team supplying ongoing support?

Illicit transfers of funds in the billions, drug deals, weapons sales disallowed by law, millions in equipment disappearing into the gaping maw of the black market, all of these intrude. Now what we know today as Iran – Contra, suddenly makes sense. As America lives on the calm surface around this corner of perception another world roils with threats, torture, and murder, all powered by greed. With the murders of Danny Casolaro and others the immediacy of the danger to those who know too much becomes clear. All of these events are either cover-up for the ill-considered means used to produce software or related to the use of that same software.

Those who stole PROMIS and needed to replace it faced a significant challenge by the time George W. Bush took office. This time they must have a source for software which can reliably be controlled and contained. If this has happened, and along with carrying out the complexities of several wars other needs did not decline for the Bush Administration, the present suppliers are most probably a software company with large government contracts, dependent on the income, and very closely held and managed. This limits the possible candidates considerably.

Building a respectable front, combining elements of the mob within the US, foreign criminal elements, and U.S. Agencies, would have necessitated a cadre of individuals, such as those associated with Iran Contra, who would have acted as agents. Allowing them to move money, arms, and drugs smoothly would necessitate a shared system of tracking and communications. We see this developing, along with the parallel dependence on the system by those who put it in place.

Linking the world of crime to the highest levels of government we find figures such as Robert Booth Nichols, Senior Vice President of F.I.D.C.O., whose links to arms sales involving the United States government. Nichols was for many years a close associate of Riconosciuto, the original reprogrammer for PROMIS. Nichols is said to have died in Geneva, Switzerland on February 14, 2009 while involved in moving assets amounting to $250 Billion, which linked also to the Bush family. Many believe his 'death' to have been a false report.

Nichols, a major figure in the unfolding story, was talking to Casolaro daily before his death and is believed to have arranged the Casolaro murder and maintained for years he was working with the CIA.

As figures such as Nichols and Riconosciuto lost their usefulness, they would, necessarily, have been replaced as the Octopus continued to grow.

Software, unlike many American jobs, cannot be easily outsourced. Software with capabilities of this magnitude needs to be the best you can buy and those in government writing the checks would have to know part of what they were buying was confidentiality. We must assume they have learned from their mistakes with Inslaw and, with the time to do so, found a provider of whose loyalty they could be certain.

As the end of the book draws near you find yourself walking with Seymour through two more investigations, one initiated by Canada and the other by Insight magazine. The Canadian investigation, lasting eight months, is quashed. The article appears but no further legal action results. In the final act, which brings you up to 2010, the daughter, Rachael Begley, of a murdered man, finally confronts Jimmy Hughes, the man who murdered her father and two of his friends. The murder was solicited because the three intended to blow the whistle over corruption in Riverside at an Indian casino on property being used to manufacture weapons. Jimmy Hughes, confronted by Begley, merely shrugged. His later indictment was quashed by a court, despite Hughes' admissions. Connections, again, cancel murder.

Wondering what will come next you feel the chill of death brushing your neck as you close the book. You know people have died for knowing these things, for becoming involved. Cheri Seymour's secrets, the secrets which could have killed her, and will soon be available at your local book store.
Posted by Melinda Pillsbury-Foster at 1:35 AM 1 comment: