Who Can You Trust?

Trusting anyone means knowing they will tell you the truth.
How many lies does it take to kill the credibility of the liar, and kill trust? One time, twice? How about three times? What about if it is a huge lie, one that costs you? What if your life, and the lives of those you love are endangered by those lies?
Read this carefully. These are direct quotes, most of them written by Exxon's own scientists. Lives depend on what happens in the next years. All of us are at risk. Instead of trusting anyone, get the facts.
Compiled by Exxon Knew TimeLine
Additional sources listed on the Exxon Knew site.

1968 - Stanford Research Institute communicates to Exxon and the American Petroleum Institute, “If CO2 levels continue to rise as present rates, it is likely that noticeable increases in temperature could occur.”

1977 – 1978 – Exxon's Products Research Division informs their employer, “Man has a window of five to ten years before the need for hard decisions regarding energy strategies might become critical.”

1980 – Imperial Oil, Exxon's Canadian subsidiary, publishes a “Review of Environmental Protection Activities for 1978-1979,” which states, “There is no doubt that increases in fossil fuel usage.... are aggravating the potential problem of CO2 in the atmosphere.” Exxon and industry leaders are meeting regularly to discuss the problem.
1981 – Exxon knows they are causing Climate Change. They choose between responsibility and profits. Responsibility lost.
1982 – Exxon's Theoretical and Mathematical Sciences Laboratory: “The consensus is that a doubling of the atmospheric CO2 from its pre-industrial value could result in an average global temperature rise of (...5.4± 1.7° F.) There is a unanimous agreement in the scientific community that a temperature increase of this magnitude would bring about significant changes in the earth's climate.” 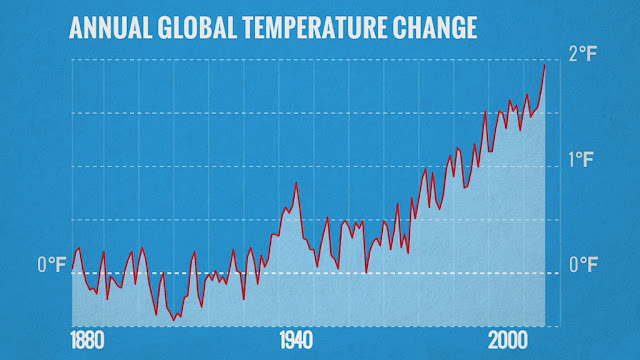 April 19, 2016 – Exxon claims their statements are protected under the First Amendment.

In the wake of oil spills, explosions, and more ExxonMobil left behind them a stark record of deceit along with a consistent refusal to pay for the damage being done to people and their property.
What does this tell us about Exxon, the largest oil company in the world?
They lie to us routinely even when they know our lives and property are at risk.

Trust Exxon's own words, which indict them.

Coming Next: Part II - Death by Profits
Posted by Melinda Pillsbury-Foster at 12:46 AM No comments: