Question All Authority (Except Mine) 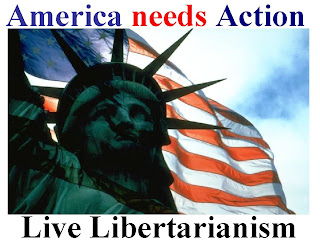 Or why decentralized forms of human organization will displace top – down hierarchies.
What I learned from 43 years of activism. Why I wrote this memoir.

When I originally became active politically I assumed others agreed with me on a common goal. For me it was very clear. Get government out of our lives. Affirm the Mission of the Declaration of Independence.
I was naïve, I confess it openly.
I assumed once freedom was firmly established we would fold up the then empty tents called political parties and go home to do something more productive. I was wrong. I discovered most people in the Movement did not connect words to reality. As time went on other alarming realizations came to light.
Disturbingly, few saw the LP as a strategic tool to be used to return power to individuals and then discarded. They had bought into the false assumptions shared by those who believe government is more than a means for a free people to handle a few commonly useful services. Many expressed the idea government, and not people, was sovereign.
To my horror, I confronted the expectation of loyalty to the organization. It was clearly the equivalent to pledging fealty to your plumber's helper, a touchy subject.

Other individuals focused on single issues. Gaining easier access to guns, pot, ending cultural standards for sexual behavior, all of these motivations were present. All other issues were irrelevant to these individuals, to be deep sixed if they proved bothersome.

“Freedom” for many involved perpetuating some benefit accrued through use of government. An example of this is the nearly universal hostility to ratifying the Equal Rights Amendment. Affirming previous injustice as “freedom” was all too common. This was not limited to the Libertarian Party.

As time went on the understanding of a term previously heard but dismissed finally sunk in. Psychopathy. It eventually dawned on me some people were more different than they appeared on the surface.

It was a clear case of Arrested Paradigm.

When this became clear to me I left and joined the Republicans. I began researching how a 'real' political or community organization looked from the inside. It was instructive.

This is a brief outline of what I discovered and finally my conclusions with suggestions on how to achieve the goal of freedom.


In September of 1955 I received my first political qua philosophical input a friend/cousin who was then 24. He and I were sitting in the back yard when he told me the story of Howard Roark from the Fountain Head. He did not tell me the names, or I did not remember. He told me about the integrity of living your life for your own purposes. It was, he said, a work of art which should reflect all you want to say about yourself. It should be lived, he said, with integrity. “Yours to live, yours to give.” His name was James Dean. It was the last time I saw him but everything he said stuck with me.

The history of the Freedom Movement as it exists today.
The wave of activism which resulted in the Goldwater Campaign began with folks, mostly women, going door to door selling cheap paperback books. Pausing on the doorstep, these foot soldiers for freedom provided information to ordinary Americans which resulted in the grass roots activism which became the modern Conservative Movement.
The Goldwater Movement was, arguably, the first spontaneous grass roots moment.
Women, active in politics, was a radical concept in the Western world. Alice Paul, following in the footsteps of Lucretia Mott, Quaker, Elizabeth Cady Stanton, and Susan B. Anthony and a host of others, finally achieved for women the right to vote in America with the passage of the 19th Amendment, ratified on August 18, 1920.
Women went on to reshape American politics from every political viewpoint. The Republican Party, which had sponsored suffrage, was a natural haven for women and in 1938 the growing number of Republican Women's Clubs were gathered in to become the National Federation of Republican Women, still the largest political organization in the world. Women were very much involved in the growing Conservative Movement forged by Goldwater, but the meaning of Conservative was about to change sharply under the influence of two men whose names today are synonymous with the word.

Neither Ronald Reagan or William F. Buckley, Jr., were Conservatives. Instead they rebranded the word to mean Big Government, corporate-friendly, make war for profit, and love your friendly, fascist state. While using the rhetoric both men associated the word, by usage, with a very different agenda

Reference: Rise of Big Oil, Rockefeller Group, The Prize: The Epic Quest for Oil, Money, and Power, by Daniel H. Yergin, War is a Racket by Lt. General Smedley Butler

When the first grass roots revolution was taking place I was sneaking books from my parents cache and then into Goldwater Headquarters and continuing my own efforts to get people to read Conscience of a Conservative – or at least a piece of literature. No one takes you seriously when you are under 10 years old. I did collect some candy bars, however.
The surge of support for Goldwater, enthusiasm for the writing of Ayn Rand, fractured on the frustrations of Vietnam. Older efforts continued their work, the Liberty Amendment, the brain child of Willis Stone, promised hope of ending the Income tax, the Foundation for Economic Education, 1946 by Leonard E. Read, provided education on the free market. The work of Rose Wilder Lane and the Reverend James W. Fifield of the First Congregationalist Church of Los Angeles, continued to impact minds.

I picked up a copy of Atlas Shrugged and read it, riveted, around 1962. My mother later said she seriously considered forbidding my reading – but this would have conflicted with the family principle on self education, a principle in place since at least the early 1800s.
The John Birch Society withstood a serious take over attempt from Buckley in the 60s at the same time Reagan was beginning the run up to his campaign for the Governorship of California.

Soon Andrew J. Galambos was teaching his brand of individual property rights and volunteerism. A recent graduate from MIT who had been a leader in Students for Goldwater and Young Americans for Freedom married and moved to Denver Colorado.


ARTICLE NOW BEING WRITTEN – Take over of the Environmental Movement by elements including George H. W. Bush.
On August 15, 1971 President Richard Nixon went on live television and announced to the Nation his intention to institute Wage and Price Controls.

At that moment people across the country dropped their registration as Republicans. David Nolan, the former YAF member, MIT graduate, and Goldwater supporter, had just written an article, "The Case for a Libertarian Political Party,”for the Individualist, a libertarian oriented magazine.
In New York an attorney named Ed Clark called his wife, Alicia Cabo Clark, to vent his rage. Alicia, the daughter of a former Mexican Senator and the CEO of a multinational corporation, sympathized. One of the things that had brought them together was their shared belief in the ideas of freedom. The Clarks also left the Republican Party. Clark would become the third Libertarian candidate for President and Alicia would eventually serve as National Chairman.
Ron Paul heard the announcement at the same time, changing his own life course.
The Libertarian Party was founded in David and Susan Nolan's living room in Denver, Colorado on December 11th, 1971.
The article written by Nolan had called for the creation of a political party, not primarily to elect candidates, but to become a voice for the unadulterated ideas of individual freedom. Stated this way, starting a political party seemed like a good idea.

Wage and Price Controls would prove to be an absolute failure. The controls did not stem inflation and yet, with the logic of other government programs, continued to be used as a tool until 1980.

Other Terms:
Free Market – Exchange taking place when recognition of the inherent rights of all individuals allow their choices to drive market response.
Privatize – The act of selling off small slices of the rights of individuals to corporations. Properly: Corporatize
Deregulate – Ignoring prevailing conditions of injustice masked by statutes previously passed into law and removing statutes passed to mask the original problem.

Posted by Melinda Pillsbury-Foster at 9:35 PM No comments: