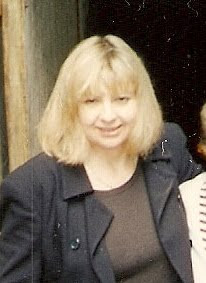 Cypress, CA – Family Law Judge Clay M. Smith today ordered the arrest of Kimberly Bunn-Smith, a single mother raising a small son for refusing to turn the boy over to the man who, she says, battered her and tried to force her to abort when she was four months pregnant.
Bunn-Smith has been resident in a shelter for battered women as she fought to retain custody against the orders of Smith, who, according to her and friends, routinely refused to examine the evidence of Wayne 's abusive behavior, which was also visited on her son due to visitation forced by the same judge.
It was at the shelter that police arrested Bunn-Miller, shortly after sshe erving Judge Smith with two motions which remove the case from his court due to her status as a Native American. (see Motions on website). Specific law remands questions of the raising of Native American children to Tribal Courts. As a registered member of the Montauk or Shinnecock Indian Tribal Nation with land holdings on Long Island, New York Bunn-Miller filed to have the matter moved to the proper venue.
Kimberly Bunn-Miller's concerns did not begin, or end, with the venue, however.
Bunn-Miller finished her education to become a school teacher and was left unable to use her degree because of Judge Smith's false charges of domestic violence against her, which automatically disqualified her from teaching in the State of California. She lost her job because of the many court hearings forced by Wayne, as many as eight in one month. Wayne is 'self-employed,' which work includes sales of pornography, she commented.
“Judge Clay Smith would just glance at the evidence I provided – and there was a lot of it – and then look me in the eye and tell me I was lying,” said Bunn-Miller. “I wasn't. I never lied about anything.”
A google search of the name, “Judge Clay M. Smith” reveals that on sites for public rating of judicial performance most often includes the word, “terrible.” Bunn-Miller, and dozens of others agree with the assessment.
Asked about her son and his relationship with his father Bunn-Miller said, “My son wets himself when forced to spend time with his father. How would you feel if your child came home to ask you, “Why does Daddy call you a C**t?” What does it mean, Mommy?””
To join the effort to clean up the Orange County Courts visit For Our Children and Justice. [http://forourchildrenandjustice.yolasite.com]
Hear Charles Lincoln, III, Melinda Pillsbury-Foster, and Montana State Legislator Jerry O'Neil on Rumor Mill Radio Friday, September 23, 2011 at 1pm Pacific Time for an update on developing events.
END
Listen Live!
11AM to 2PM Pacific
2PM to 5PM Eastern
Here is the link to the chat room where you can listen live and chat with other like-minded people. If this is your first time to the chatroom… get there early because you have to register. Once you have registered, the chatroom you join is called "General Chat". The link to that is on the upper left hand side… in very small type font.
http://chatroom.themicroeffect.com/
Here are our call in numbers
(888) 747-1968 or
Or (208) 935 0094 (for those who have a long distance plan)
If you have satellite radio here’s how to listen… We are heard from Mexico all the way through Canada and out to the Bahamas and other Islands.
Broadcast Live on KU Band Satellite
Galaxy 19
Frequency: 12060 MHz
Polarization: Horizontal
Symbol Rate: 22000
Internet Radio Over The Phone Broadcast Live on Mobile Radio
Our live broadcast is also available through the phone lines, either a mobile phone or land line, through UpSnap. UpSnap is a free service that is provided as a convenience to our listeners (long distance charges apply).
All You have to do is dial 1-704-631-4060.
On the first menu of options select "1" for mobile radio.
On the second menu select "9"
Our station code is 3023

Posted by Melinda Pillsbury-Foster at 3:22 AM 5 comments: