Sex, Lies, and the Tape. The John Fund Story

Note:  Story has some inaccuracies.  The notes in italics are mine, Melinda Pillsbury-Foster.  The author, John Connolly, has since moved on and written a book  Filthy Rich: A Powerful Billionaire, the Sex Scandal that Undid Him, and All the Justice that Money Can Buy - The Shocking True Story of Jeffrey Epstein Oct 10, 2016  by James Patterson and John Connolly

I was struck at how much that story has in common with those who cooperated with John and the story eventually revealed by the article below.  Filthy Rich has been ordered and I will be reviewing here.

To Hear the Tape Go HERE

When the stone thrower himself lives in a glass house, it is a matter of legitimate public interest.

John Fund, the forty-six year old writer on the staff of the Wall Street Journals' editorial page, has staked out a position as a man of integrity. On his frequent appearances on cable and network talk shows, he espouses the position of the right-wing conservatives. He is friends with people in the Bush White House. He is a dear friend of Conservative Grover Norquist. He recently met with Vice President Cheney. During the Clinton presidency he wrote often of the terrible acts committed by Clinton against women. On his appearances on Television evangelist Pat Robertson"700 Club" show, he often condemns those who do not live up to the highest moral standards. This conservative pundit seems to be on television more often, than "I Love Lucy" reruns. Although he portrays himself as a voice of the religious right, the never married Fund has cut a wide swath of sexual relationships through-out the Libertarian and Conservative parties. He's a regular right-wing Lothario. He is also a hypocrite.

There is nothing newsworthy about consensual sex between two unmarried adults, even if one of those supposed adults, acts badly. But, when a high profile public person stakes out the moral high ground, that person had better not be standing on quick sand. A few months age, Morgan Pillsbury a twenty-seven year old woman, contacted me with information about her former lover of three years, John Fund. Although, I heard stories of Fund's less than cavalier treatment of women and particularly his Clintonesque treatment of one particular woman, I did not think that information worthy of a story. Amusing gossip yes-newsworthy no. But, the story Morgan told, gave me pause. If her allegations were true, Fund's relationship with her was not only bizarre; it was treacherous and bordered on the perverse. To back up her story of the bad behavior of John Fund, she furnished me with a tape recording she made of a conversation she had with Fund. The tape and conversations with Morgan's' mother, Melinda Pillsbury-Foster and others confirmed Morgan's tale.

Twenty years ago, Melinda and John Fund both worked for the then fledgling Libertarian party in California. Fund was the executive director of the local party in Sacramento.

Melinda, who at the time was the mother of four children, she would have three more, began sexual relationship with the much younger Fund.  Melinda said, "John and I had a sexual relationship for four or five years. When he moved east, we remained friends. It never really ended." Melinda who is still active in the Libertarian party went on to say, "Six or Seven years ago, John called and during the conversation he told me, "Melinda if any of your children come east, have them look me up." I didn't realize that he was using me as a dating service!" Last year Melinda learned that not only had Fund been sleeping with Morgan, he was the father of the child she would abort.

Not only had Fund violated his twenty year old friendship with Melinda Pillsbury-Foster, he, much like Congressman Gary Condit (Fund recently wrote a scathing indictment of Condit's behavior) insisted that Morgan keep their three year affair secret.

Morgan was 23 years old the first time then 43 years old Fund, took her to bed. Sounds all too familiar doesn't it? According to Morgan, John Fund was the third man she had been intimate with. She had contacted him when she moved to the New York area after a bad breakup with her previous boyfriend. Instead of receiving consolation from the man who had on occasion been her babysitter back in California, Fund took her to bed. In 1999, confronted with an unplanned and apparently unwanted pregnancy, Fund abandoned Morgan and without attempting to dissuade her, allowed the distraught young woman to have an abortion, without any support from him.

John Fund is a full time writer for the Wall Street Journal. Yet, when I began researching a profile on Mr. Fund, he unlike most other journalist, began a campaign to kill the story. A source close to Fund told me a few days ago, that Fund and a confederate were attempting to plant a false and malicious blind item about two people at Talk magazine. They believed that the item would so frighten the victims that they would see to it that my profile of Mr. Fund was spiked. Mr. Fund and his pals can congratulate themselves, to protect innocent people from being attacked; I have pulled the piece from Talk magazine. Hence this abbreviated piece which is written solely to introduce the reader to John Fund on tape with Morgan Pillsbury, the mother of the aborted child.

So there should be no confusion, this tape was made legally and given to me by Morgan Pillsbury. Ms. Pillsbury also gave me her permission to use her name, as did her mother Melinda Pillsbury-Foster. I have learned that very recently, Ms. Pillsbury who has experienced some financial difficulties, has at Fund's request, moved in with him. John Fund lives in an apartment in Jersey City, just a stones throw from the Holland Tunnel. I have also been told that Mr. Fund, for whatever reason, has given Morgan cash and a new computer.

The following is a transcription of the tape of Morgan Pillsbury and John Fund. Mr. Fund makes mention of how he is being threatened by Melinda.

He apparently believes that Melinda has no right to be angry for his deceiving her for three years, all the while sleeping with, and impregnation her oldest child. For those who doubt the veracity of the transcript or wish to hear the anger and seething hostility of John Fund, Please listen to the audio tape.  John Connolly

Note: I wish to thank Michael Mann, who runs this web site, for his assistance.

Post Script from Melinda: (At the time I first listened to the tape, I was so stunned many details slipped right by me.  At the time, I was full time caring for my son, Arthur, who had shot himself through the brain in a suicide attempt.  Morgan had accepted $10,000 from Craig, my former husband, to persuade me to turn off life-support.  I found out about her motive and about her having been paid $5,000 a month, by Craig, to slander and libel me, through the financial discovery during the divorce.  Craig was then earning about $1,000,000 a year but did not want to pay support for a disabled son.  Sweet guy.  This was ONE of the reasons Morgan and I were not talking.  But she was right, she usually could get what she wanted out of me.  I've finally learned my lesson.)


Copyright 2001 by Weasel Search.com. All rights reserved.  Republished with the permission of the author, John Connolly. 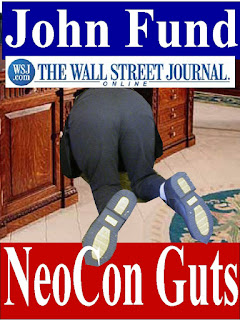 Cast your minds back to the primary season of 2000.  John McCain had begun a ground swell in the Granite State with a campaign that allowed American voters to contrast a real war hero who meets your eye and takes no crap from anyone with George W. Bush, the Son of Monied Oil.

McCain is not a man without faults but a lack of courage is not among them.

Senator McCain was cleaning the floor with the Bush Baby When a rumor started to float across the panorama of politics covertly maligning the former POW.
John McCain, the rumor says, has an illegitimate love child who is half black.  His campaign screeches to a halt; the rumor, coming at a critical time, causes irreparable damage to his campaign that hits him at the ballot box like a nuclear explosion.
There was no truth to the rumor.  McCain and his wife have an adopted child who is of mixed heritage but neither of them are biologically related to the child they took into their home and hearts.
Now that we know and understand the tactics employed by the NeoCons we can make some very educated judgments about where the rumor originated.  It has the marks of a Rove generated creative writing project.  The  rumor was circulated by Political Operative Prime for the Bushavicks, John Fund.  Placing such rumors is one of his most important functions for Bush and Assoc.
Just as the rumor was washing away the Senator's chances for the nomination McCain discovered the the identify of the man responsible.  At that moment in time John McCain was in New York.
Not a man to leave to others what a real man does for himself the Senator stormed into the officers of the Wall Street Journal to confront the pestilential little NeoCon prick who had demeaned his honor and his family.
John Fund, a non-veteran of anything but the war on Americans being waged so openly now by the Bush Administration showed all of the courage you could expect of someone like him.  Hearing the roars from the reception area he scampered into his office and hid under his desk.
Remember that.  This is an insight that serves to inform us of the nature of those in charge of our Nation's destiny.


John Fund, recipient of the Brown Badge of Courage awarded in the Wall Street Journal Men's Room soon after the encounter.
Posted by Melinda Pillsbury-Foster at 6:06 PM No comments: