Saving Our Elderly: Off the Grid NOW 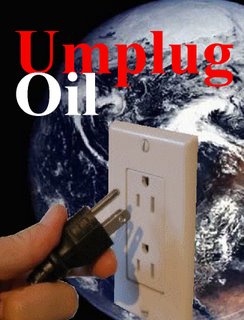 John Cadwalder has a solution that costs little, takes practically no upkeep, and makes America secure. Cadwalder has answers you need to know – for all of us.

Last winter nearly a million and a half homes in California went without electric power for as long as two weeks.

Last month California was hit by a wave of heat that killed the elderly. I In California the total was one hundred and thirty. The mostly elderly died at home, some of them had air conditioners that were kept turned off. The elderly, on fixed incomes, could not afford the cost of the electricity to run their units. These elderly and not so elderly died along with their pets.. It was an ugly way to go.

Bodies were stacked two to the gurney because the hospitals could not handle the numbers of dead.

A few days ago, Americans who finally managed escape from Lebanon are trickling back home. Americans were last out because our embassy there ignored their need while such countries as England, Italy and Japan made free emergency transport available for their citizens. Our country had to be dissuaded from charging Americans fleeing for fear of their lives. This also delivered a very different message than we as American expect to hear from those in government.

Your electric company will be quick to tell you they are not liable, and they will be right. Government allows electric companies quasi-governmental status because it deems their interests as superior to those of the people. Government accepts no liability itself and extends that benefit to its friends.

What you demand from your house cleaner or your contractor you cannot get from those who are assumed to supply the needs that, gone unmet, will kill us. That is fundamentally wrong but at this point in time it is impossible to change.

We have learned that it does not take foreign terrorists to put us at risk, our government has done that themselves. We are vulnerable, and as was the case in the immediate aftermath of 9/11, the real answer is not government, it is facing the problem as they exists and solving them ourselves from within our communities, churches, and civic organizations.

There are many problems but at the top of the list is energy dependence, especially when the lack of affordable energy kills. Those most on the margin are at risk of their very lives.

We need to get serious about getting off the grid and ensure that our energy needs are met not through this system of tenuous and vulnerable cables but through the means now available that both lowers the cost and secures our continued needs over time. The technologies to accomplish this exist today, they are available as well as affordable, thanks to American innovators and inventors.

You will hear those in authority say this cannot be done, but notice whose interests they have been representing over the past months and years. The emergency infrastructure in New York on September 11th, 2001 completely broke down. It was volunteers who brought relief and ensured that what needed to be done was accomplished. As Californians we have seen this over and over as emergencies bring us together to ensure that our families and communities survive.

It is not rocket science, it is simple common sense to use what is available even when those who would profit from the status quo try hard to dissuade us.

The essential solar and cell technologies have come a long way since they were originally produced in 1900. My own family installed a system for heating water in their home in Hollywood in 1901. It worked perfectly. Today, the application of far more advanced technologies has made our present system a dinosaur as outdated as the levees that held the water back from New Orleans, another governmental program that cost lives because of the false sense of security that lulled people into inaction.

We expected solar to become standard in the 70s. We are still waiting – and now the costs are bankrupting ordinary Americans and our elderly are dying.

More than eighty-one of our elderly died just in California. Grandmothers, grandfathers, Uncles, Aunts, people we knew, with whom we worshiped and lived. We can not bring them back but we can make sure it does not happen again.

This is a problem that the powers that be have ignored because it does not augment their income. It is a problem that we need to acknowledge because it can kill us or those we love. Getting off the grid matters, not just to save money, but for that, too. It matters because we need to know we are caring for our own, being responsible, and loving each other as Christ told us to do.

It will not be easy, but it can be done if we face this together and take action. We need to do it now so next summer no one is at risk.

My father was a practical guy. If there was something that needed doing he would dig out the information and get it done. He would listen to people telling him it was impossible very politely. Then he would just do it. We can do that, too. Like I said, this is not rocket science. We all know many people who have installed their own entirely independent energy systems, either spending a lot or nearly nothing. Finding the best technology means being discerning and asking hard questions.

Americans have always been the kind of people who innovate and, when the chips are down, do it for themselves. America was built on that kind of creativity and initiative. We had it once; we still have it.

Many of those technologies we heard about in the 70s did work. They could have been used. Many patents for those technologies were, surprise, bought up and sat on by petroleum companies. That weren't a conspiracy, just market manipulation; easy for those who control the markets and government to carry out. This is an obstacle we can overcome because when you understand how it happens it can be avoided.

In the Spiritual Politician we hear from Americans with answers, from those people who find profit in taking the work of Jesus into the world through invention, business, and social action.

John Cadwalder is a good man who has an answer that solves this problem. John has spent his life studying the work of Tesla and other greats and has found solutions overlooked by industries who focused on selling petroleum products. He wants his technology used first to help the elderly and needy. There are lots of people out there who, like John, want to do the right thing and enact change for all of us. John, unlike other Americans, can tell you how we avoid the pitfalls placed by corporations. This is a program you need to hear.

Founder and president of the Arthur C. Pillsbury Foundation

How the NeoCons Stole Freedom

Greed: The NeoConning of America

Posted by Melinda Pillsbury-Foster at 9:54 AM